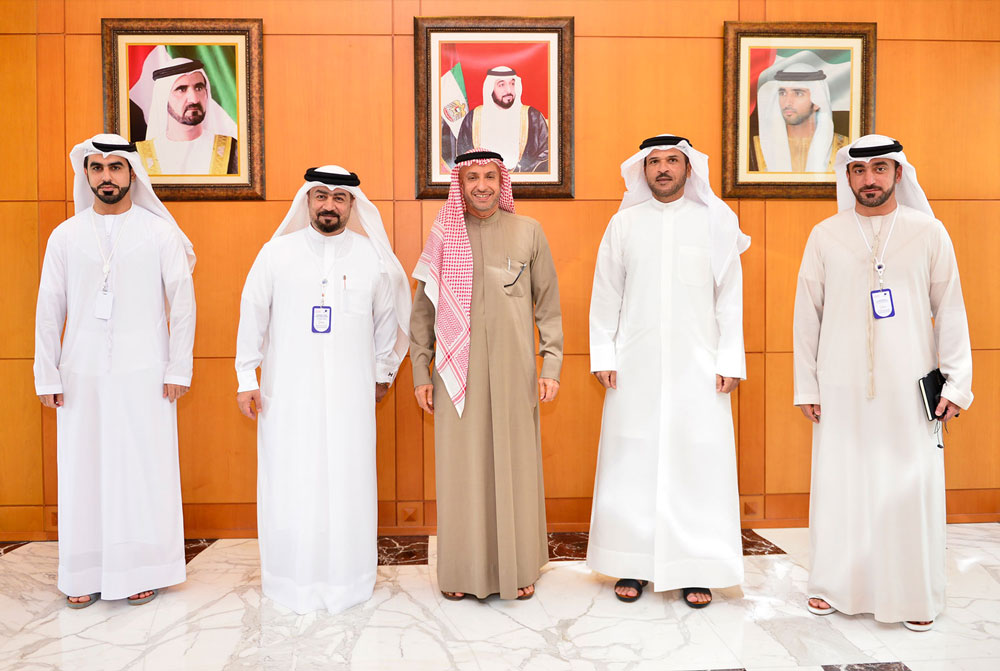 “Dr. Mohammed Al Zarooni: The Award is a testament to the wise leadership’s efforts to honor exceptional workers and reward them for their integral role in continuing Dubai’s development”

Dubai, UAE – The Dubai Integrated Economic Zones Authority (DIEZ) announced its participation as sponsor to the Taqdeer Award 2022 which aims to recognize excellence in work relations and is held under the patronage of H.H. Sheikh Hamdan bin Mohammed bin Rashid Al Maktoum, Crown Prince of Dubai and Chairman of the Executive Council.

The Taqdeer Award is the world’s first award-giving body based on the point system for employee welfare, which categorizes companies based on their employment practices. It is one of the awards adopted by the Government of Dubai aimed at enhancing Dubai’s position as one of the best cities in the world in terms of caring for workers, preserving their rights and building the best relationships between them and their companies.

DIEZ, through its three freezones: Dubai Airport Freezone; Dubai Silicon Oasis; and Dubai CommerCity, will encourage its companies to participate in the award and implement the best practices in managing labour relations. DIEZ hosts over 5,000 companies, including leading companies that operate in over 20 important economic sectors. It is home to more than 30,000 employees from around the world.

His Excellency Dr. Mohammed Al Zarooni, Executive Chairman of DIEZ, highlighted that the Taqdeer Award plays an important role in honoring excellence in the way organizations establish their relations with their employees, in line with the directives of H.H Sheikh Hamdan bin Mohammed bin Rashid Al Maktoum, Crown Prince of Dubai and Chairman of the Executive Council.

He said: “Dubai is considered a leading economic hub and one of the world’s best cities to live and work. The Taqdeer Award serves as a key initiative that promote strategic partnerships between DIEZ and other government entities, which contributes to strengthening Dubai’s status as the most labor-friendly city in the world. In addition, these efforts help promote excellence among employees and encourage them to increase productivity within a work environment under the UAE laws and legislations. These laws aim to enhance the livelihood of labors, protect their human and work rights, and support companies in achieving ideal results.”

His Excellency added: “DIEZ is honored to be part of this initiative which highlights the commitment of our wise leadership to honor best practices in labor relations, as well as recognize the efforts of companies that create and maintain the highest standards in their work conditions. This initiative is in line with the respective free zones’ ongoing efforts to encourage companies adopt the best practices in employee relations and follow leading international standards. It would further drive companies to create the best work environment, in line with the directives of H.H Sheikh Mohammed bin Rashid Al Maktoum, Vice President, Prime Minister of the UAE, and Ruler of Dubai, to promote Dubai as a leading global hub for various sectors.”

H.E. Major General Obaid Muhair bin Surour, Deputy Director General of General Directorate of Residency and Immigrants Affairs (GDRFA) and Chairman of Taqdeer Award and the Permanent Committee of Labour Affairs (PCLA) in Dubai, said: “Our strategic agreement with DIEZ will help us pave the way to promote better labor relations to more than 5,000 companies working under DIEZ, which covers more than 30,000 employees from across the world. This gives the award a major boost to spread the culture of labor excellence considering its expansive reach as an international business community.”

His Excellency added: “We are delighted to sign this agreement as we share the values and ambitions to promote Dubai as the best city to live and work. The agreement further encourages these companies to participate in the award and benefit from the standards of becoming part of the most excellent companies and employees.”

Call Us
Email Us